Best Things To Do In Matale

Some fields are not selected!


Matale is the largest city in the Matale District of the Central Province of Sri Lanka. It is located at an elevation of 364 m above sea level. The best place to live is in the Matale district. Therefore, local and foreign tourists can visit these areas throughout the year. Accommodation, travel, food and all the amenities you need can be found in this city. Plan your train journey from Colombo to Matale according to the train schedule Find more places to visit in Sri Lanka . 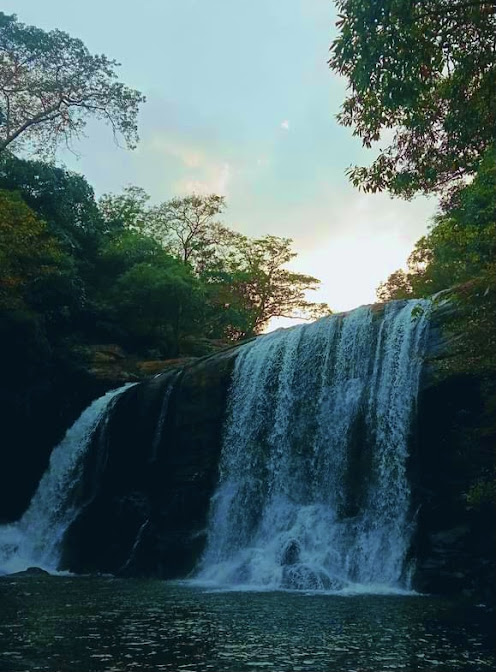 Sera Ella is located in the village of Pothathawela near Laggala in the Matale District in the Central Province of Sri Lanka. This waterfall is known as Sera Ella due to the fish species that inhabit this waterfall. Kawdagamana Mountain and Hatugenagala. The waterfall receives water throughout the year and is fully flooded during the monsoon months (November-March). Read More 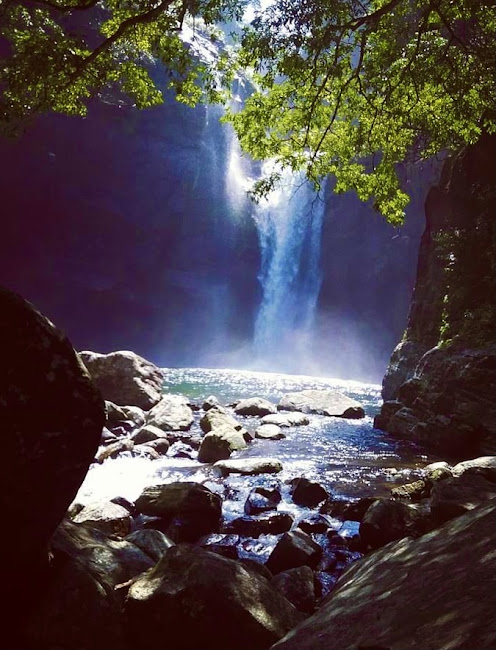 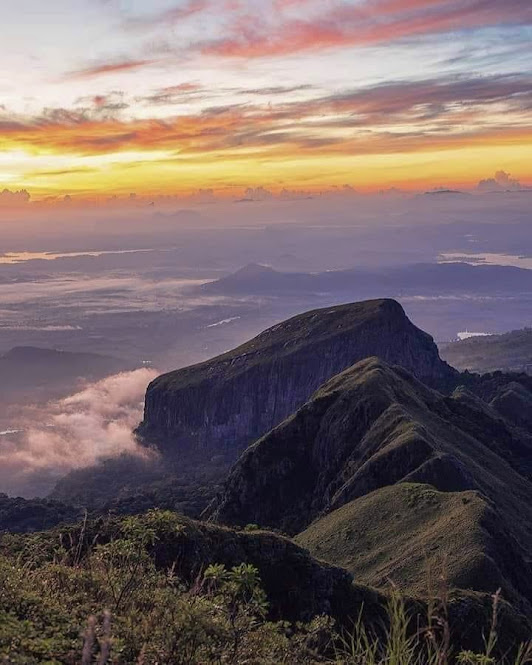 Yahangala is located in the Udailuka Grama Sevaka Division of a beautiful village called Kalugala. As part of the Knuckles Reserve, the original owner of this yahangala is the Forest Department. A wonderful place full of beauty that belongs to the Knuckles Mountains. This is called Yahangala as it is situated like a bed. Yahangala is located southeast of Knuckles. There is a legend of Ravana in this too. It is believed that Read More 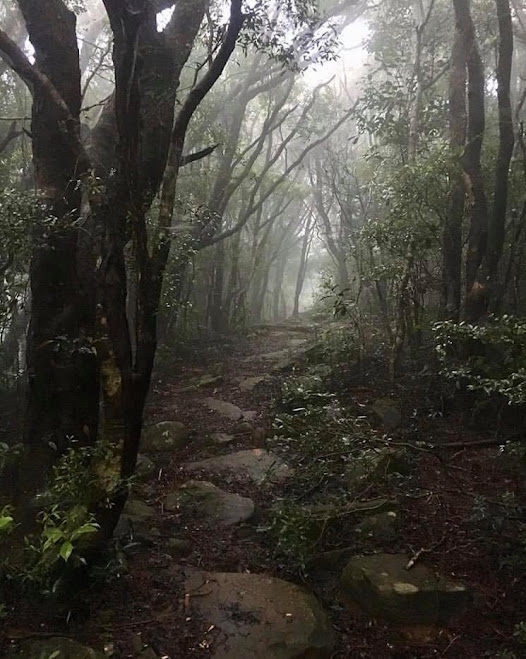 Manigala is a popular hill station located in the Knuckles Range. The Manigala Climb Road runs from the Knuckles Conservation Center to Illukkumbura through mountains, plains and parks. The Managala Range in the Dumbara or Knuckles Range in the Kandy and Matale Districts is an ecosystem with high biodiversity. The Dumbara Range in Manigala is called 'Batadadukanda' due to the fact that its western slope Read More 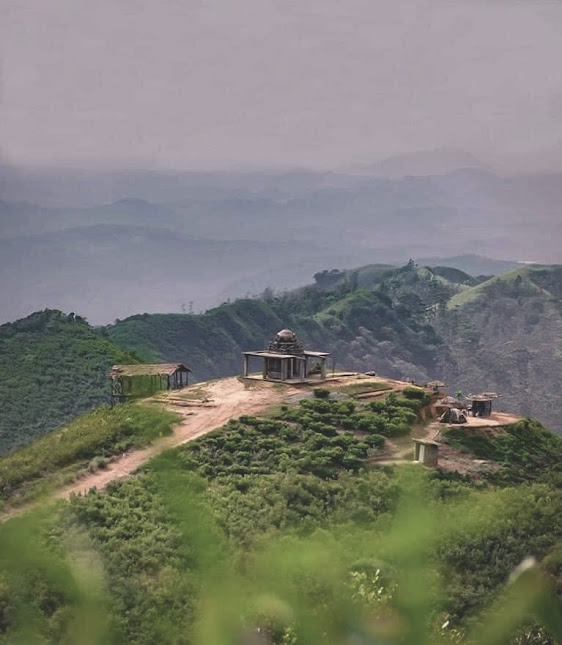 Kallebokka 360 Upper Division View Point is the view point of the largest tea estate in Sri Lanka. Located on the border of Matale and Kandy districts. This mountain top is a very cool beautiful place. Arriving at the top of the hill on a clear day, you can clearly see the Central Highlands, Kandy City, Sembuwatte Lake and Knuckles Mountains. It is best to visit this mountain in the morning Read More 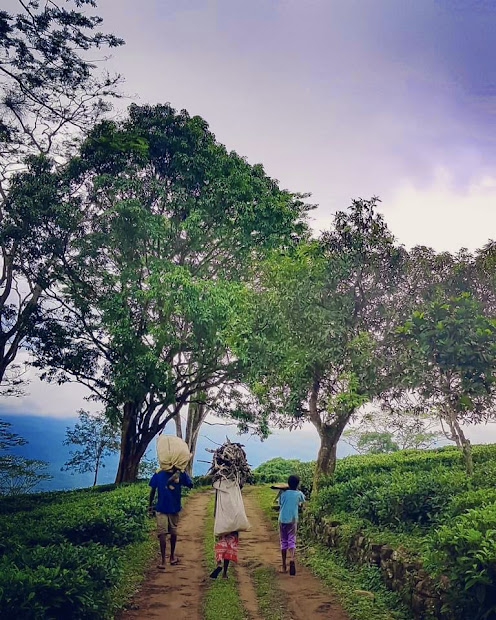 There are many places in Sri Lanka called 'Lokanthaya' which have beautiful mountain peaks and Navgala or Hulangala mountain peak is a tourist destination with such a doomsday. The ancients also referred to this hill as "Navgala" with two peaks that look like a sailboat from a distance. Hulangala is located in the southern part of the Knuckles Range in the Salagama Estate in the Kurunegala District. Read More 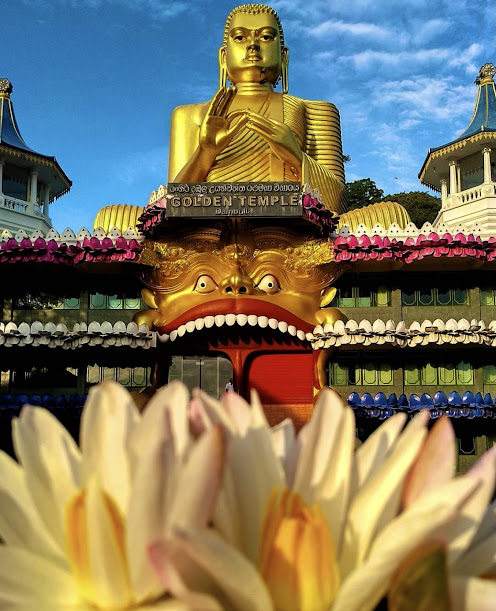 Dambulla Rajamaha Viharaya is a Rajamaha Viharaya located in the Matale District in the central part of Sri Lanka. This site is located 148 km northeast of Colombo and 72 km north of Kandy. This is the largest and best preserved cave temple complex in Sri Lanka. The peak rises 160 m above the surrounding plain. There are more than 80 documented caves around here. Read More 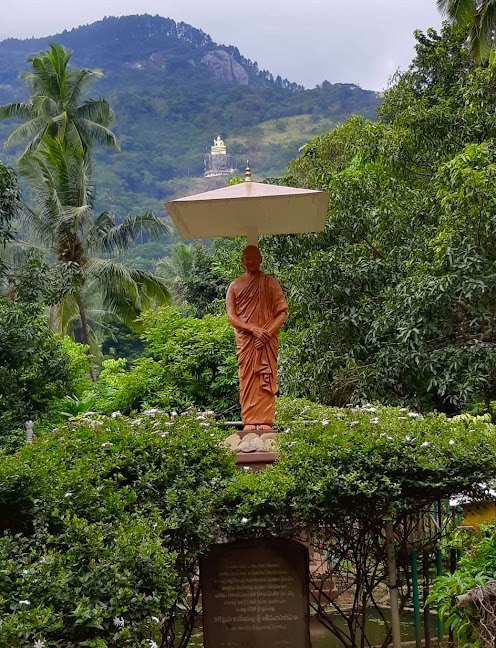 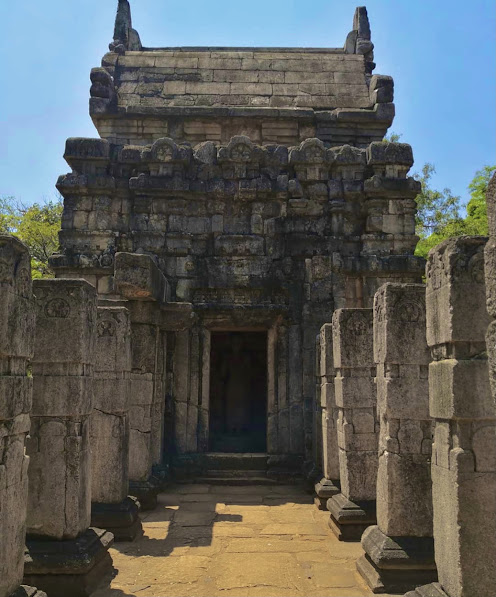 About halfway along the highway from Matale to Dambulla you will come across Nalanda village which faces the dry zone in the north. In this Nalanda village, in the middle of a paddy field which has now been turned into a reservoir, there are ruins of temples with nuts, which is a historical shrine of archeological value. Read More 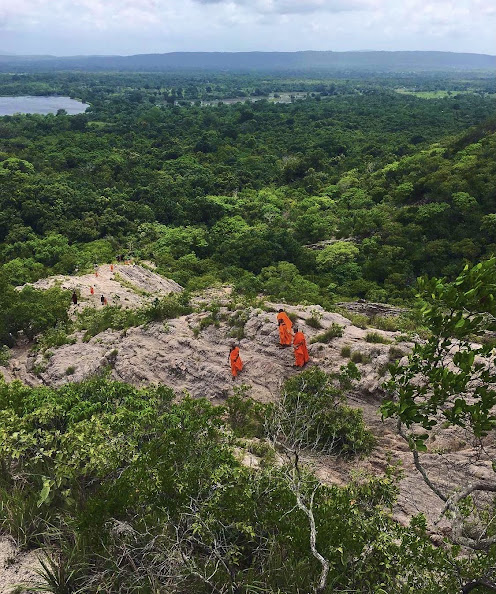 Namal Uyana is a small rocky forest located in the Dambulla area of the Anuradhapura District in the North Central Province of Sri Lanka. This is also known as Rosa Thiruwana Kanda. It is also known as the largest ironwood forest in Asia. It is spread over an area of about 260 acres. The height is about 650 meters. This also has historical value. It is a beautiful place that attracts local and foreign Read More 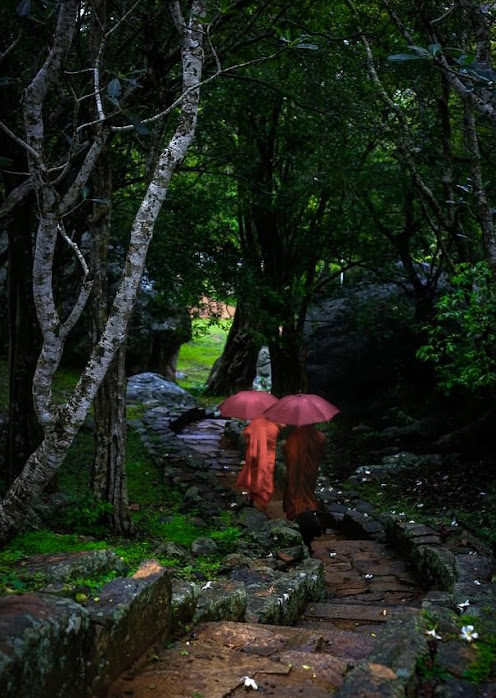 Kaludiya Pond is a monastery complex where Arahants used to live in the past. It belongs to the Matale District of the Central Province. There is an ancient dagoba, ponds and monasteries. There are also large caves with dripstones. Different artefacts such as cobblestones and watchtowers can be seen in different places. There is an inscription on the wall of a dripstone cave. It was written in the eighth year of the reign of King Sena II (853 - 857 AD) and is in medieval Sinhala script. Read More 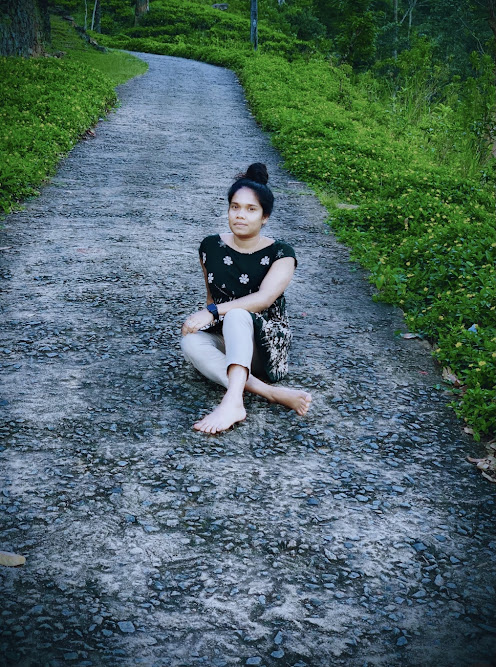 Knuckles Forest Reserve is a natural forest reserve covering Kandy and Matale districts. Ecosystem free from human habitation is also the birthplace of many of Sri Lanka's major water sources. Many endemic plant and animal species are found here. The jungle waterway is a difficult journey through the open air. Be careful of wildlife and do not disturb the activities of the forest. It should be noted that there is also an elephant population in the center of Knuckles. Read More 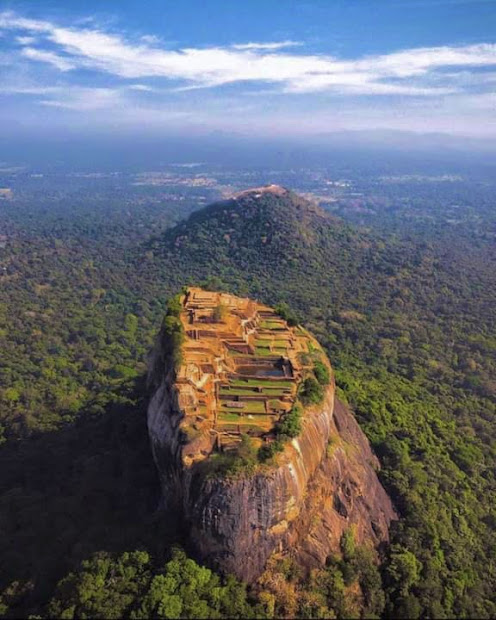 Sinhagiri is an ancient rock fort located in the vicinity of Dabulla in the Matale District of the Central Province of Sri Lanka. This is a UNESCO World Heritage Site and has won worldwide tourist attractions. This rock is about 200 meters high. Sigiriya was a palace built by King Kasyapa at that time. The ruins of the palace built on the top of the Sigiriya rock can still be seen. The built-in swimming pool still remains. Read More 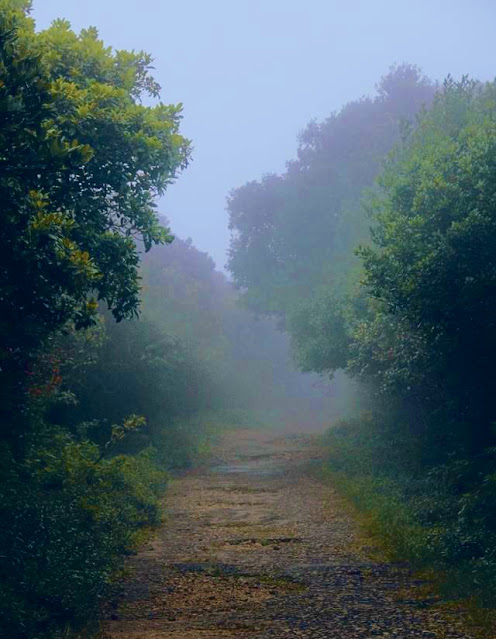 Riverston is a windbreak. It's a bit windy to climb this mountain. The climate here is similar to that of the Horton Plains. Here we have several places to visit. You can also see two beautiful waterfalls like Riverstone, Pitawala Pathana, Sera Falls and Bambarakiri Falls. Cold weather can reduce fatigue somewhat. The white gentlemen who ruled Ceylon at that time named this area "re western" Read More 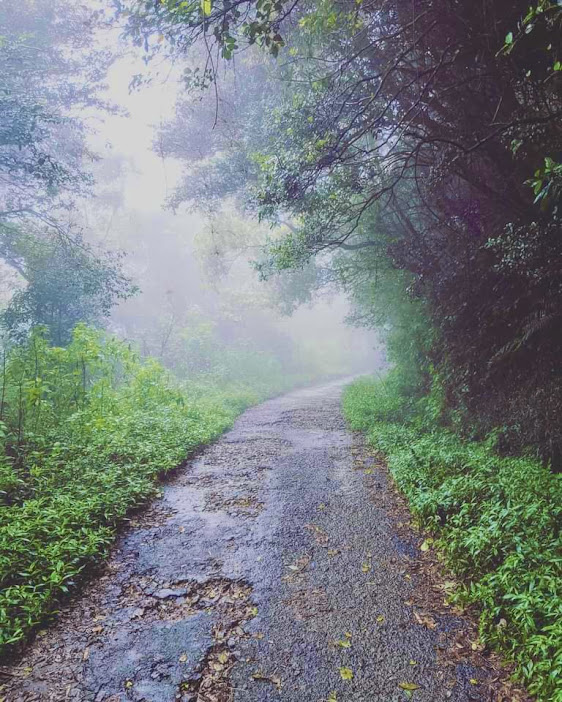 In the past, the Westerners who ruled Ceylon called this area "re western" due to the fact that it had a climate similar to that of their countries, but today it is known as Riverstone and is a popular tourist destination. This area belongs to the Knuckles Reserve and is located at an altitude of 1265m above sea level. The climate of Riverstone is similar to that of Horton Plains. Read More 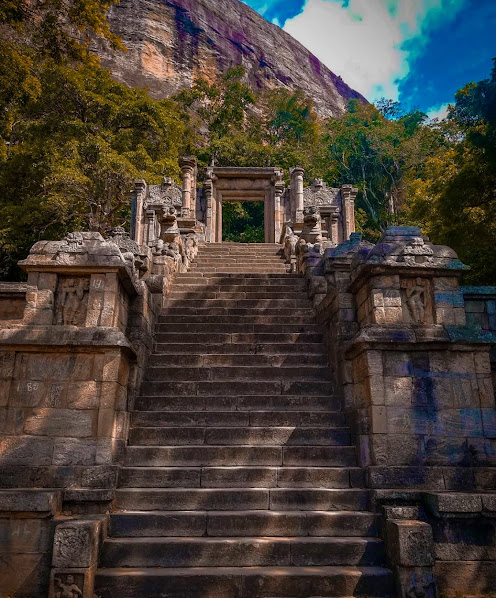 Yapahuwa Rock Fortress is located in the Yapahuwa Electorate in the Kurunegala District of the North Western Province. In the past, this kingdom was known by various names such as Yapawwa, Suba Pabbata, Suba Pawwa, Io Pabbata and Sundaragiri Pabbata. After the invasion of Kalinga Magha in 1215 AD, the kingdom of Polonnaruwa collapsed. Read More 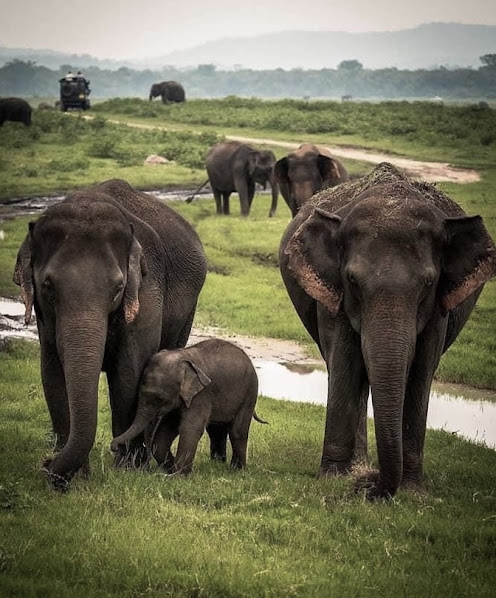 Hurulu Eco Park in the North Central Province of Sri Lanka covers 25,000 hectares north of Habarana. The park is a pioneer in providing temporary shelter for herds of elephants passing through the Mineria and Kaudalla National Parks. Hurulu Echo Perk belongs to the dry evergreen forests of the arid zone of Sri Lanka. Read More 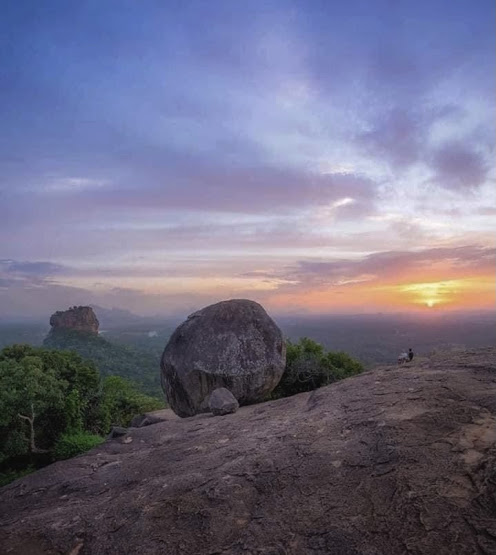 Pidurangala is located near Sigiriya in the Matale District of the Central Province of Sri Lanka. This is a wonderful creation that has attracted both local and foreign attractions. The number one tourist attraction in Sri Lanka is the Sigiriya Rock. The Pidurangala mountaineering is one of the most memorable experiences for all visitors to Sigiriya. Read More 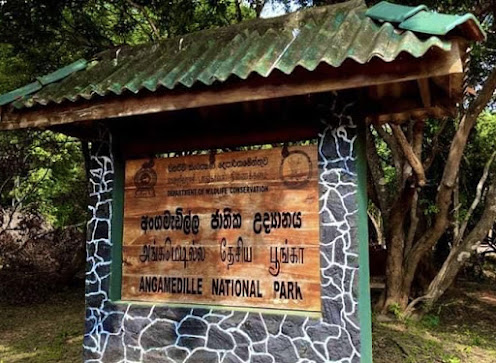 Angamedilla National Park is located about half an hour from Polonnaruwa, a historic town bordering the Angamedilla Canal in the south. Compared to the long list of protected Read More 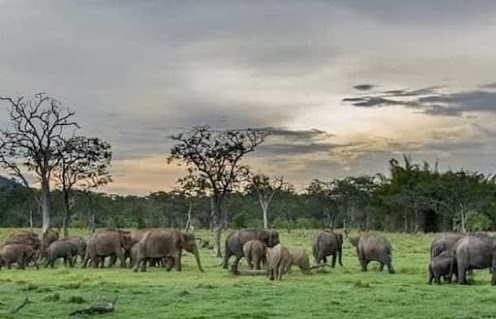 The Minneriya National Park is located 15.8 km from the village of Minneriya, a small village 6 km east of the village of Habarana in the UNESCO World Heritage Site of Polonnaruwa District. Read More 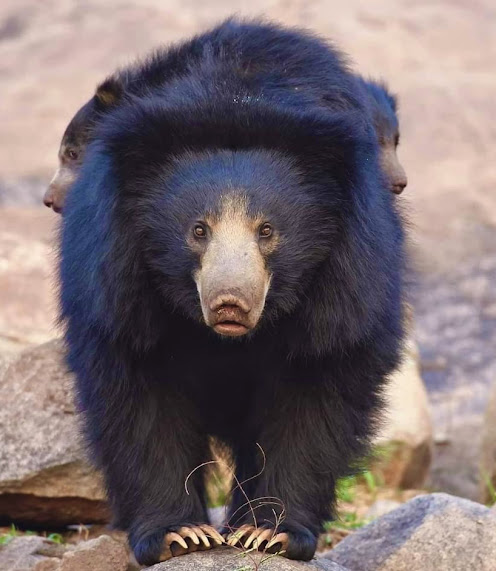 Wasgamuwa was named Walasgamuwa due to its abundance of bears and Walasgamuwa later came to be known as Wasgamuwa. Wasgamuwa National Park is one of the oldest forests in Sri Lanka. The forest is spread over three provinces and mainly two districts. Read More 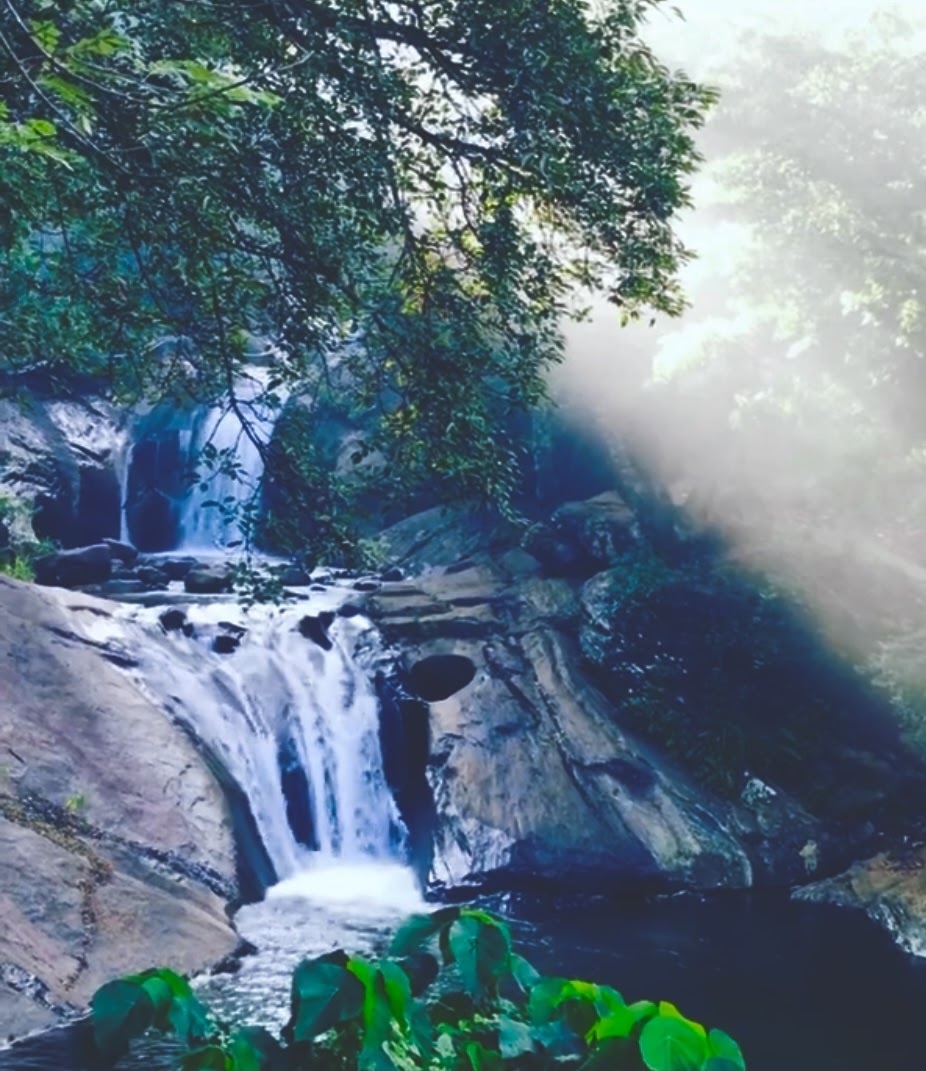 Bambarakiri Falls is a small but beautiful waterfall. If you are traveling to Matale, don't forget to check out Bambarakiri Falls, the hidden paradise of Sri Lankan beauty gifted by nature. The fall is located in the town of Rattota, near the Matale district. Take the Matale - Ilukumbura road to Bamarakiri Falls, about 1 km from Ratota town. The water is very clear. Read More 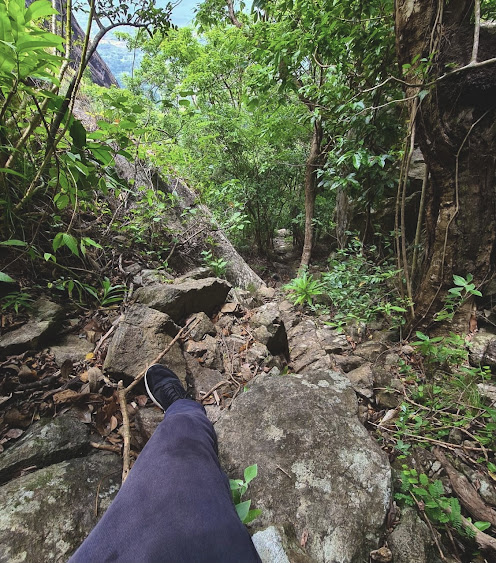 The Matale District is a land of many golden sources of Sri Lankan history, hidden in centuries of heritage. Surrounded by majestic mountain ranges that kiss the sky and nourish the country all year round, this beautiful area reveals to the world the many glories of the past that are still hidden today. Arangala mountain in the Naula Divisional Secretariat Division is another mountain range with Read More 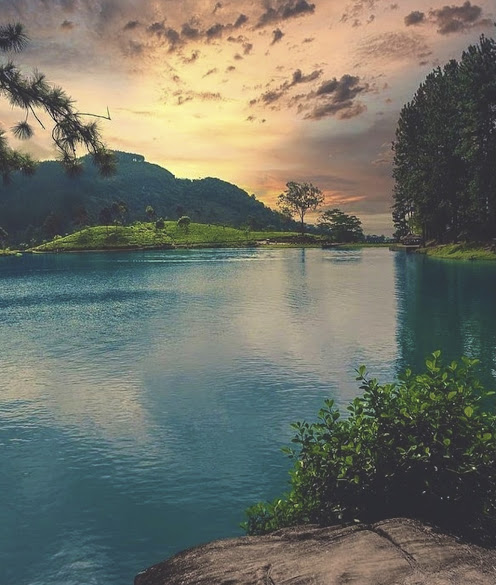 Sembuwatta Lake is a beautiful lake located in the Elkaduwa area in the Matale District in the Central Province of Sri Lanka. It is a wonderful man-made lake with a collection of natural springs. The depth here ranges from 9 to 12 m. There is a natural swimming pool near the Lake, where you can enjoy adventurous water sports, boating and other activities. Read More 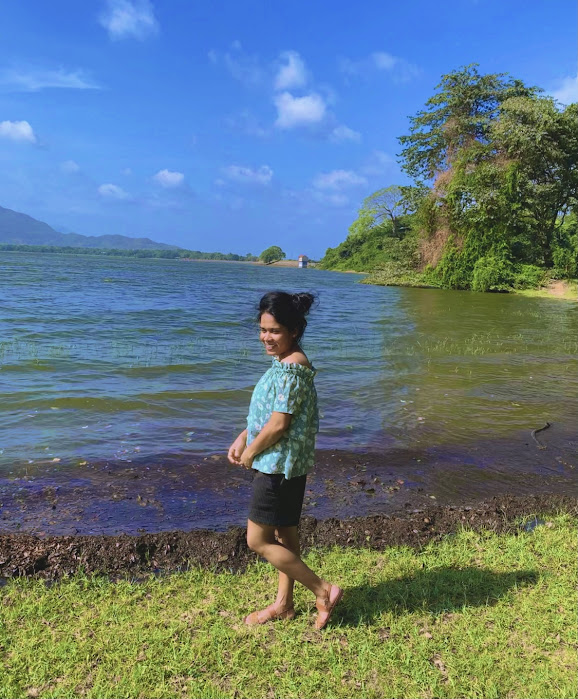 Kandalama Lake is an ancient lake located in the Dambulla area of Sri Lanka. It consists of a dam that is 21 meters (69 feet) high and 1600 meters (5200 feet) wide. The water collected from the reservoir is used for water supply in the region. The reservoir has a maximum length of 4.8 km and a maximum width of 2.3 km and is spread over an area of 102 sq km. Read More